I think it’s safe to say September was a wash for progress. I could not keep up with the flood of work, nor could I sit head down and power through even an ounce of progress on ARtifact. I also compiled a list of readings I thought would be interesting and exciting all of which did not get read (yet!)

Except one – how appropriate too:
How to Take Breaks that are Right for You
Unsurprisingly, everyone needs a break. But surprisingly, everyone needs a different kind of break. Netflix might work for one person, and reading might work for another. I’ll admit, even after reading this one, I’m not quite sure what relaxes me the most. Sometimes I get anxiety when taking a break because I feel like I need to be doing something or working on something productive.

An idea for the test series. If I want to show the ceiling, should I try the worms-eye? Or do I stay consistent as with the 11 that have preceded thus far. 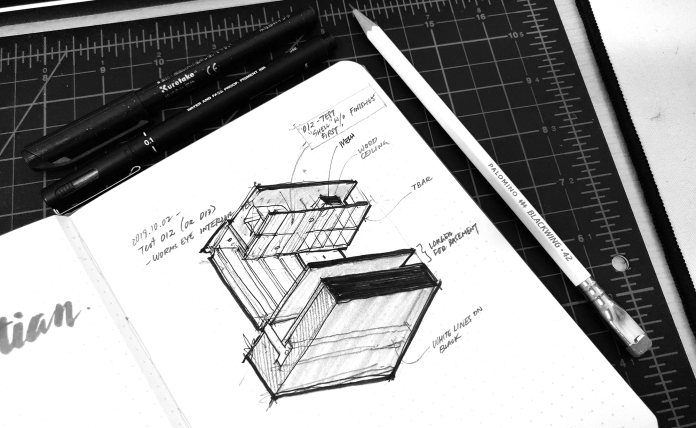 See ya in the next update!

The building is enclosed, envelope is sealed – air and water tight. It is time to condition and begin on the interior. Remember to keep your site clean!

Remember when life was less busy? I don’t.

Work has been picking up, as the project enters some critical design decision phases before things get approved and underway. Hard to believe the building is slated to open in less than a year! It’s been quite rewarding, and really pushing my site series tests along.  My interests have been so divided lately, I can’t help but jump from one thing to another.

For a delayed June update, my UI tests and designs will have to wait, but here’s a sketch completing the envelope ahead of a possible interior site series tests:

As well as some cool reads I picked up along the way:

That’s all for now! Super delayed, plus really short. A pet project will be a pet project though, I do have plans to see it through, however slow it must proceed. 🙂 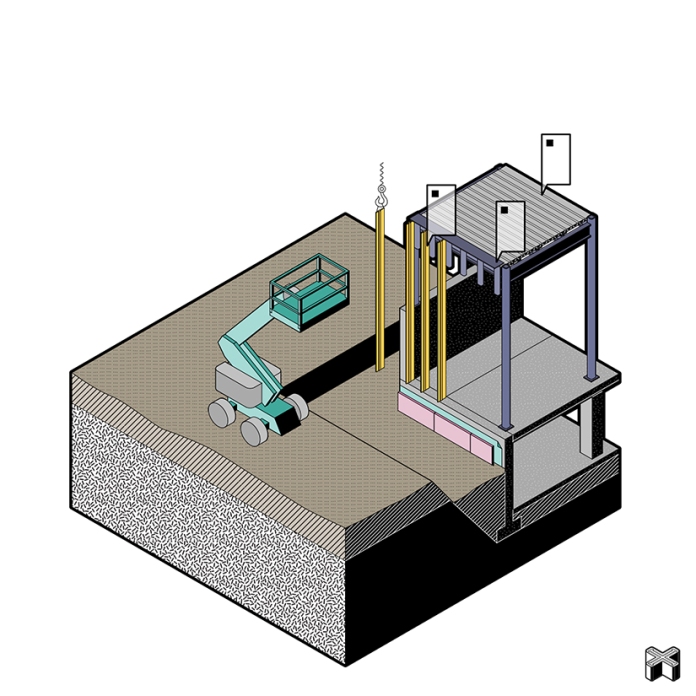 Tests have reached two digits – cue the achievements. Some new elements introduced in this series, the building is nearing enclosure. Soon we will move inside.

Snow still lingers on the earth as steel gets tirelessly erected. We’re almost ready for enclosure.

As this is a learning in progress, I’ve missed a few things from the previous test that I’ve improved upon in this one. Namely the missing column in the lower level to support the steel column!